Like many golf clubs, we have groups, large and small who play together regularly. This has been ever more evident this year as we came out of lockdown and were able to get back on the course in late May. With many members on furlough, what were once or twice a week affairs became almost daily.

After news of the Ryder Cup postponement, a couple of these groups agreed a challenge match to be played on Ryder Cup weekend, with a view to filling that slot in the calendar.

Banter ensued, boasts were made and as things evolved it was agreed that not only would this challenge match be played between the Young Team, captained by Mark Whelan and the Old Team, led by Andy Grant, a trophy would be played for in memory of one of the Old Team’s stalwarts, Tam Headspeath, who had passed away 2 years or so ago.

On top of that, a fee would be charged for playing in the event, with the proceeds going to charity.

Teams were assembled and looking at the make-up of the teams, there wasn’t much in it age wise!  18 matches were played in great conditions, although some of the players who chose to wear shorts in the early groups might not necessarily agree.

After a keenly contested series, with a number of games going to the last green, the Old Team ran out winners by 10.5 to 7.5.

What is clear that despite all of the banter and pre-match needle, the matches were all played in a great spirit, with some excellent scoring.

Importantly, just short of £500 was raised, which will be donated locally to the Covid-19 wards at St John’s Hospital to try and support the folks working there through undoubtedly difficult and stressful times.

Whilst photos were taken of all of the groups, we can’t post them all here, as we’d blow our website up, but we’ve picked a couple, including one with our answer to “Ken on the Course”, Danny Russell.   Danny works at St Johns, so knows how much the funds raised will be welcomed and appreciated.

Thank you to everyone who took part and also those of you who made donations despite not playing. 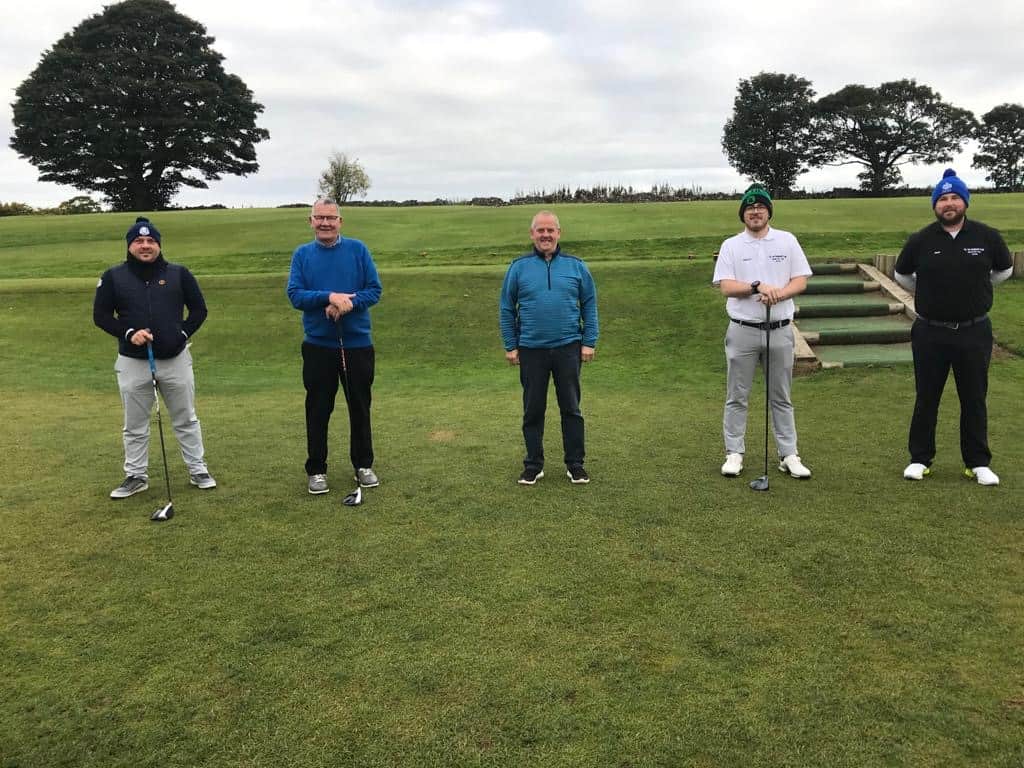 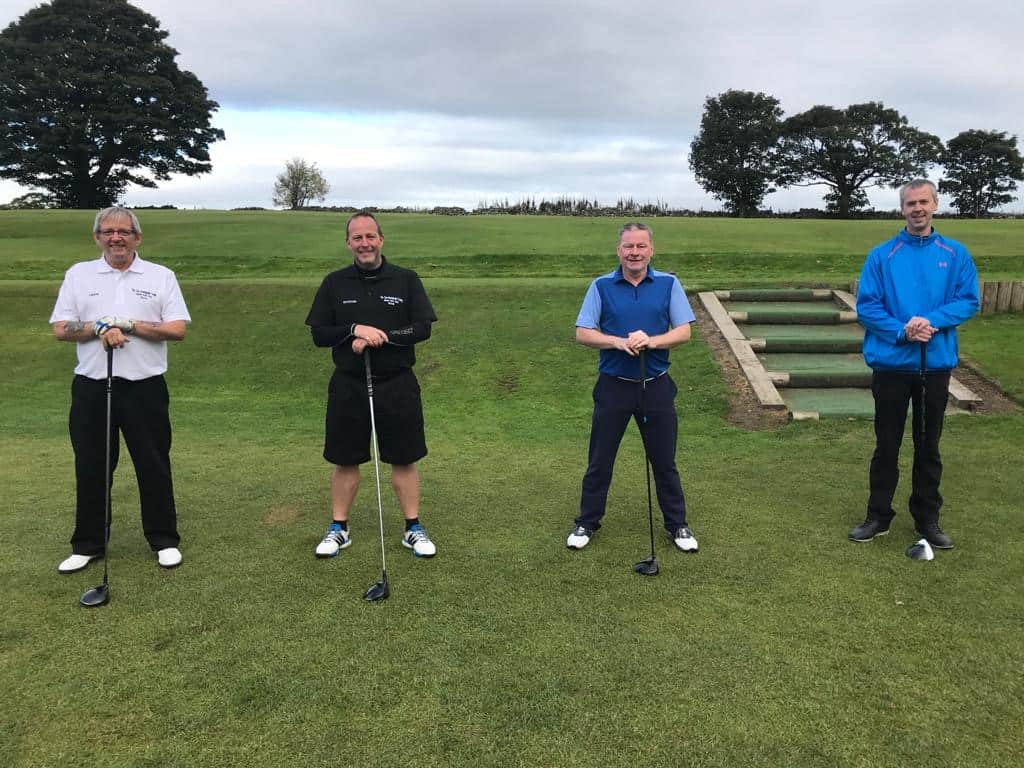 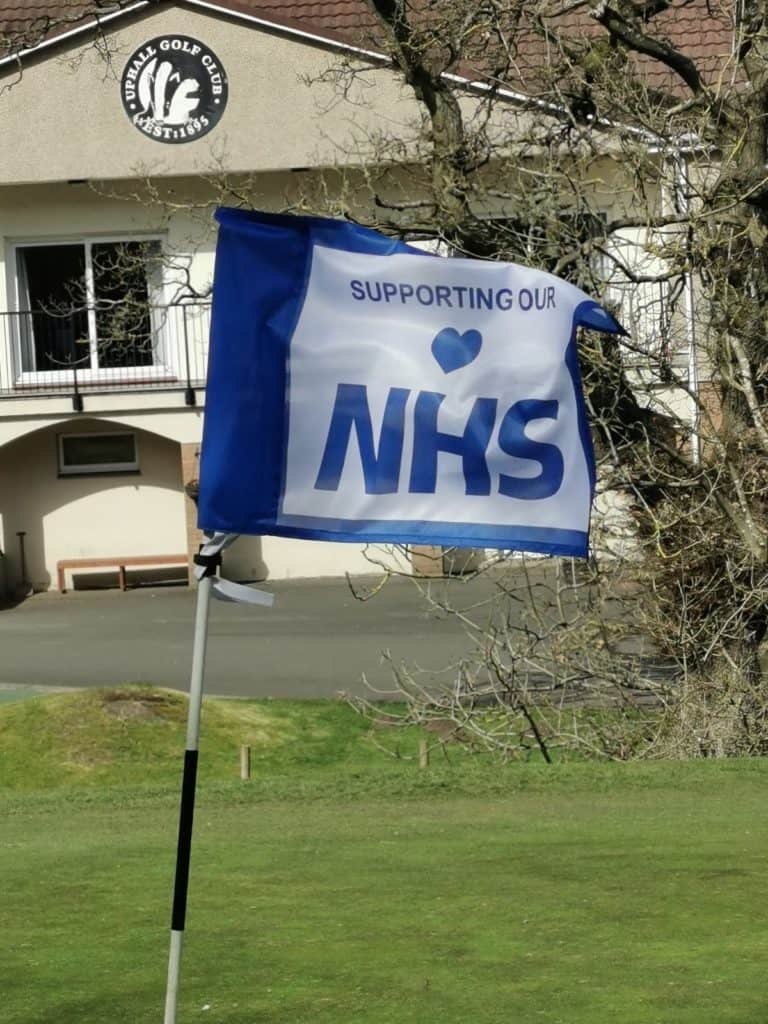