Hot on the heels of winning the Linlithgowshire 2nd Class Championship at Pumpherston on Saturday, Mark not only played the back nine yesterday in 4 under 31 to win the Midweek Sweep with a net 64, he threw in a hole in one at the 16th! 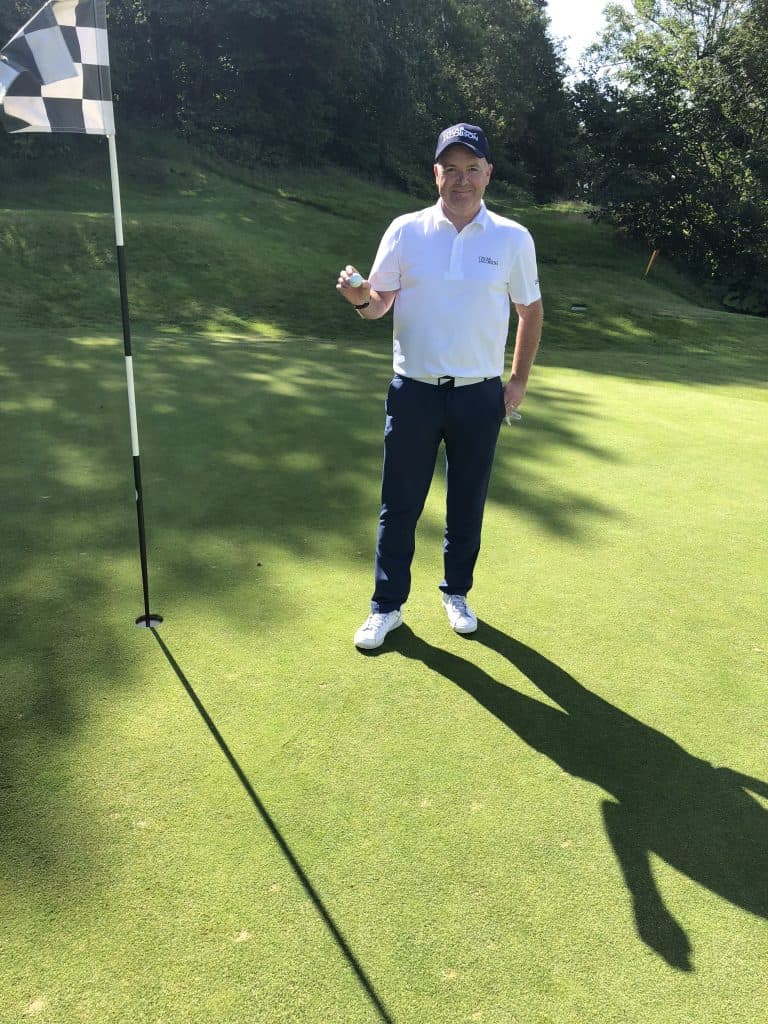 Having gone out in an uninspiring 40 blows, Mark had said to playing partner Derek Easton on the 10th tee, “I’m going to come back in 2 under” so as he stepped onto the 16th tee, Mark was already ahead of schedule.  A pitching wedge later and he was celebrating his first hole in one and 5 under for the back 9.

As is often the case, the excitement of the occasion broke Mark’s concentration and a bogey at 17 followed, but he recovered his composure to par the last.

Mark will receive a Hugo Boss watch to mark the achievement and a payout from our insurers – look out for a bottle in the bar on Saturday to celebrate.

With this weekend’s Handicap Open on his schedule, Mark’s on the hunt for the hat-trick!